Wakanda Forever: Black Panther Surpasses $1B and the World Is Shook 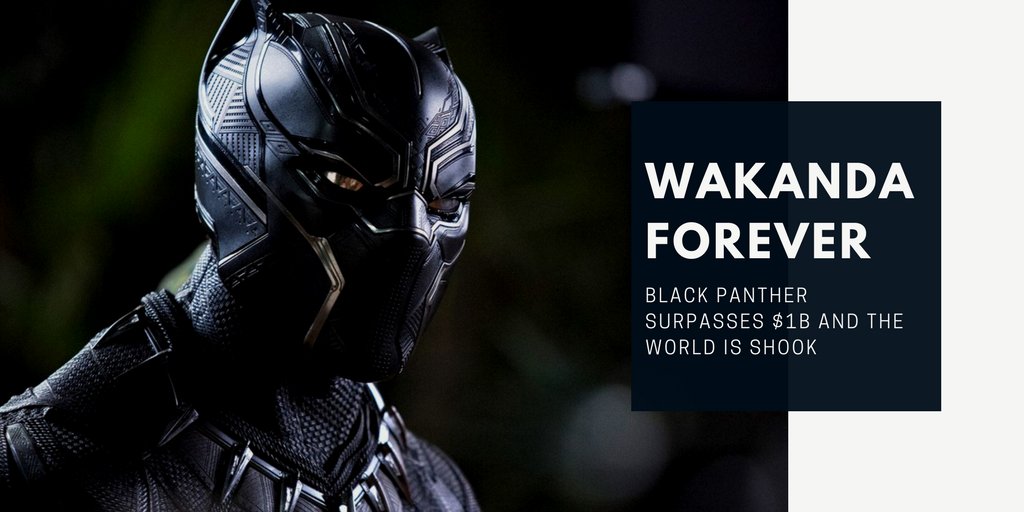 We have much to celebrate this week, aside from Beyoncé and Jay-Z announcing their joint stadium tour and Rihanna breaking streaming records.

Black Panther officially surpassed the $1B mark worldwide, this weekend marked the first time in history two Black directors have the #1 & #2 slots a the box office (I’ll be stepping out to see that Wrinkle too)…AND all is well in Wakanda! Yes, my friends, we are kicking off an amazing week for African American people in entertainment.

I saw Black Panther a couple weekends or so ago and it was awesome. Everything you would expect out of a superhero movie, it delivers. You have male/female eye candy, special effects, fight scenes, corny punchlines, cool villains and all that jazz topped off with some phenomenal actors. The biggest difference is basically what everyone has been celebrating, a majority African American cast/production company with a major studio budget. Now look, I know there are a bunch of skeptics and cynics out here. And I get it, you don’t see color, but the rest of the world does and they see bliggity-bliggity BLACK baby! 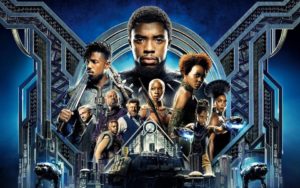 Power to the People

So yeah, the flick is solid but I recognize the role that curiosity and unwavering Black support played in driving attendance to the film. I, myself, was even curious to see what this all-star cast and production team could do and was extremely pleased with the outcome. And I must say, it was so cool to see the buying power of the African American community really leading the charge for a sci-fi movie. The reception of Black Panther gives us a little more insight into the power of our unity. Undoubtedly, we saw what could happen if minorities rallied around projects or causes they believe in.

The Votes Are In 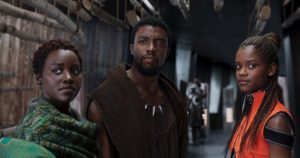 And yeah, there were a few mixed reviews out there where folks were disappointed because of the hypebeasts across the web…they’re fully entitled to their wrong opinion (clearly no bias here at all). No, but seriously, it makes sense to be let down by the film if you were expecting anything outside of a superhero movie and didn’t happen to be Black. Me seeing Lupita and Danai wearing out some bad guys, and fineAF Chadwick Boseman KILLING it was not only mesmerizing but inspiring. It’s kind of like the first time I first saw Boz at Apple Music, sitting at the head of the table and running this HUGE meeting. That moment meant everything to me as a young woman of color. And while everyone else saw it as just another day at the fruit stand, I saw it as a potentially unlimited future for myself and other women just like me. Tha one, singular event SHOOK me but just imagine, this movie has the whole world SHOOKETH! Everyone, young and old, is beginning to see the possibilities of their futures in entertainment and can believe themselves to make strides in an industry that has not truly demonstrated progress in diversity until most recently.

Overall, the emotional ties to this movie will likely always play a huge factor in its franchise success, just as it did for Wonder Woman (which I also love btw). See it if you’re into sci-fi/fantasy action movies. It’s definitely worth a view in the theatres. And on that note, Wakanda forever. <3 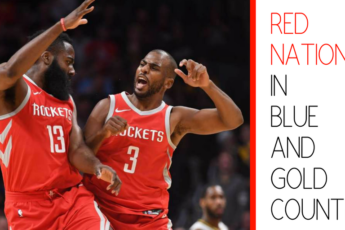 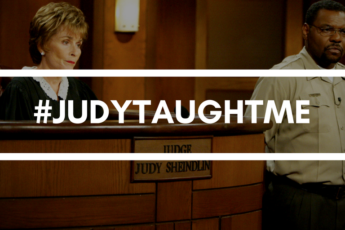 « Previous post
Red Nation in Blue and Gold Country
Next post »
This Little Light of Mine: Why I Love Hue Lights