I’m So Tired of Politics

So we’re starting off 2020 with less talks of joy and world peace, and with more talks of shenanigans from the supposed leader of the free-world.

This week in news, 45 decided to take out a beloved, high-ranking Iranian military general and now the world is in an absolute tizzy. Guys, like seriously, this was a few days into the New Year we haven’t even had time to get completely sober yet. I was just full of hope and happiness like five days ago, yet here we are– war, likely re-election of an Impeached flaming racist/faux Christian evangelist/high-key sexual predator, and growing international anxieties due to emboldened Iranian threats.

Of course you couldn’t watch the news or even get on social media without catching word. Three got-dog on days into 2020 Twitter was trending with bubbling discussions of world war, fears of Iranian retaliation on the US, and government conspiracy during re-elections.

I totally understand why folks justify Qasem Soleimani’s death and why others question its timing. What really sucks to me is that many people aren’t even thinking about the soldiers’ lives at risk or the lives of innocent people who are going to pay the cost for this fallout. Nooooo, we just get dumb memes about a non-existent military draft and endless Facebook arguments on who’s fault any of this is…because you know, Obama. :insert triggered af eye roll here:

Gays receiving their military draft letters in the mail when we go to war with Iran pic.twitter.com/pV0YBudMwY

All this to say I’m tired, I’m burned out y’all. Everyday, I feel like we’re drawing closer and closer to doom, and that’s mostly why I don’t write my opinions on this stuff anymore. The last three years have sucked to be an American (in the most first-world-problems kind of way). Politics have pretty much threatened our ways of life and incapacitated people’s brain cells, on top of the fact that the world is going to Hell in a hand basket (literally, see: Australia). I find myself watching cartoons and searching for animal videos frequently. I play with my dog a lot…all to avoid the stress of politics. Boooooyyyy and DON’T HAVE FRIENDS/FAMILY ON THE OPPOSING SIDE– they equally run up your blood pressure without you even opening a laptop or watching the news. So my mind rumbles on, my anxiety heightens, and I continue to wonder–when did we stop thinking for ourselves? Why is it so hard to see the truth or even, reality? And why must we argue about every-single–thing? You know what’s interesting…Other countries that don’t have as much liberal freedom of speech as we do, hit the streets. They rise up. They don’t have the luxury of arguing online, they actually–gasps–take…action.

This year is more of a year-of-action for me. I’m in an organization that helps makes global change for people of color. And while I don’t know what I’m going to do about my political angst, I know I’ll keep paying attention. I just honestly don’t see the point of adding to the noise of media. There isn’t much you can do to change the mind of a narcissistic racist online, or your friendly neighborhood ignorant know-it-all. These people seem to be changed with time and personal experience. Then with the news…if we read more we can absolutely sort out the facts. News people (no disrespect) aren’t normally the the most reputable sources of truth. They report what’s given to them unless they seek a story out of their own interest. So knowing that– research the stories from a variety of resources, identify the consistencies/inconsistencies, and THEN pair that with your logic. It’s so agitating to hear people talk on this stuff who barely read or research beyond their favorite blog sites. Like girl…your fave Youtube star is not the end-all, be-all to political news. Lastly, politicians…why do we trust any of them??? They’re POLITICIANS and I refuse to be categorized like I’m in some sort of gang. Dems = Libs and Repubs = Conservatives…I don’t really have that much dedication to any of it and I’m def not repping any colors (hood kids get it). It’s honestly a matter of what poison you pick because they’ve all had to do and say things they’d probably never admit to in public. That’s why I never went into politics, it’s a real thing. Even our beloved leaders are not exempt of having skeletons in ye old closet. Yet, knowing this, we continue to argue, let people who have never experienced our lives lead us, and turn against each other in the wake of global turmoil.

I’m trying to figure out what to do with all of these feelings. What do you do? <3 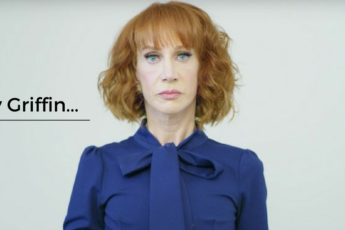 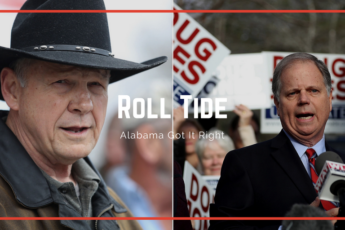 Roll Tide: Alabama Got It Right 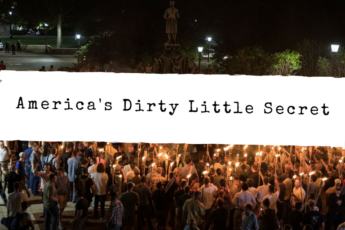